After 20 years of not thinking about the death of his mother, Prince Harry described how counselling help him 'face his demons'. 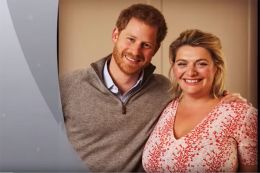 In an interview the the Daily Telegraph the prince disclosed that he had: come close to a total breakdown and been on the verge of punching someone but after counselling had found new energy and a drive to help others.

As a result of his experiences, Harry launched a campaign along with the Duke and Duchess of Cambridge, with the aim of ending the stigma around mental health. 'Heads Together' is a partnership between several charities including military support organisations, young persons charities and mother and baby organisations.

In the interview Prince Harry describes how he effectively 'shut down' his emotions in order to try to deal with his feelings but only after some time and with the support of family did he realise he needed to seek professional help.

Bryony Gordon's interview with Prince Harry is fantastic to hear - sit down with a cuppa and have a listen...